Suttle Projects makes anti-collision a priority on a trackside site 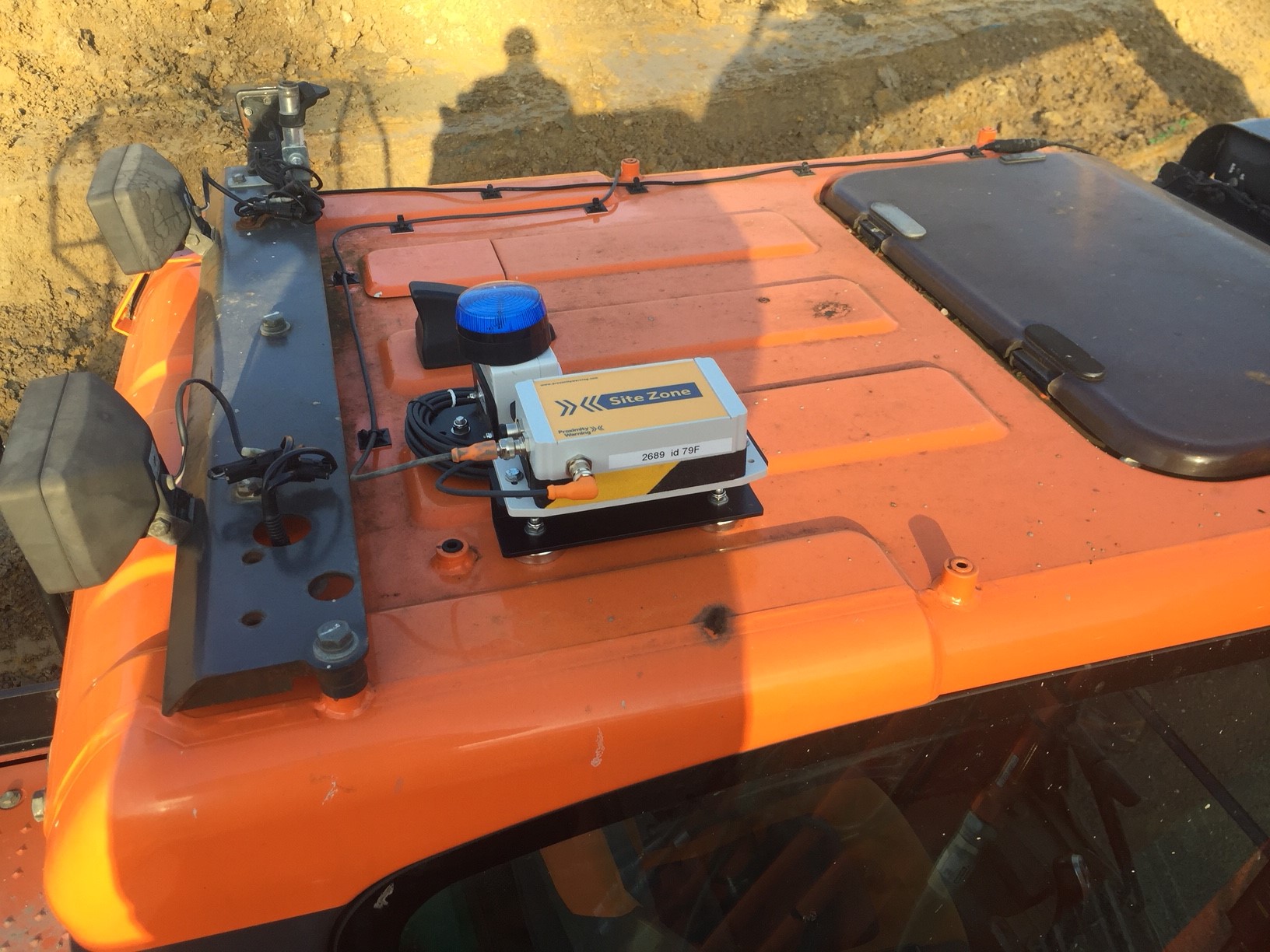 While the Suttle brand is synonymous with quarrying, aggregate, and quality stone works, they are also specialist civil engineers, (Suttle Projects), with a varied portfolio of projects in onshore and inshore marine locations. Their civil engineering focus is on rail projects, marine, earthworks and drainage, and scour protection.

In preparation to work on a piling project during 2018, Liam Tucker, a Director from Suttle Projects contacted Gary Escott at SiteZone Safety. They were undertaking works on the historic landslip next to a major railway line in Hampshire. Works began in October 2017 on a failed railway cutting as it could have caused serious disruption to the Waterloo line at Winchfield, a small village between Farnborough and Basingstoke.

Having known about SiteZone for some time, Liam decided to use the SiteZone proximity warning system on one of their sites to enhance the safety of ten workers while operating in a confined area with several items of plant, including excavators and dump trucks.

SiteZone uses RFID (Radio frequency identification) to detect collision risk when plant and people are working closely together on site. Plant operators often report that they can’t see around large vehicle blind spots, and if a worker on foot should stray too close to a working vehicle, that’s how collisions happen. SiteZone warns both the vehicle operator and the workers on foot that they are too close to each other and risk an accident.

Suttle Projects decided on using the SiteZone solution, where instead they would normally have a banksman working alongside a plant vehicle for safety. They wanted to reduce the number of banksmen on-site yet provide sound protection and safe systems of work for their site employees.

Like many workers who are not accustomed to the SiteZone system, Suttle Projects found that they would have to inform and persuade their team that using it would not be complicated or disruptive. Instead, it would offer them an extra dimension of protection on site, warning them immediately if they were in harm’s way, about to be struck by a vehicle.

Liam Tucker says, “The first challenge to overcome was assuring the team of the benefits to the SiteZone system, although once accustomed to the system everyone was able to see why we chose to utilise it. After a short period of time the system had become routine for those on site and no further reassurance was needed.”

It helped their team to be more aware of collision risks while at work. This helps in two ways – it makes vehicle operators feel more secure because they have technological support watching all the blind spots. Employees walking around on foot will know that their presence will not be missed should they accidentally stray too close to the machine and might be struck by it.

With support from the SiteZone Safety team, Suttle Projects equipped ten workers with the SiteZone proximity warning tags and installed a SiteZone EasyFit and Dumper Advance systems on the relevant machines.

SiteZone Safety carried out toolbox talks, informing the workers how SiteZone works, and how it should be applied according to their requirements. There’s always full support to users of the SiteZone system so they can use it efficiently according to the needs of their site.

The benefits and lessons learned

Over time there were fewer proximity breaches detected by the SiteZone system. Removing the banksman from the equation also reduced another point of risk and this had significant cost-saving benefits. All the Suttle collision-related safety targets were met on the project site. Over the duration of the project, there were no collision-related injuries or serious near misses reported, and personnel felt that safety has been enhanced on the site thanks to using SiteZone.

Liam Tucker says “There was a positive change in attitude towards site safety, the team’s awareness of collision risk in particular. SiteZone was the appropriate system to use on the project. This reinforces our commitment at Suttle Projects to the health and safety of our employees, by introducing innovative techniques to remove man and machine interaction zones.”

Suttle Projects gained a top award for their repair, welfare and overall sustainability as their principle metrics on the Winchfield project. It was Network Rail’s highest-scoring site for the month regarding safety and was awarded a ‘Gold’ standard.

Having had such a positive experience on this first ‘test’ site, Suttle Projects now use the SiteZone proximity warning system on other projects where they are keeping its use cost-effective for short-term deployments by hiring the system.

To ensure successful use of SiteZone the Suttle Projects team can’t reiterate enough how useful the training and post-installation support is for their workers, to fully understand the benefit of using SiteZone. Having management and employees’ buy-in is vital to successful use of the system and to engage it with optimal efficiency.

Are we on message with collision prevention?